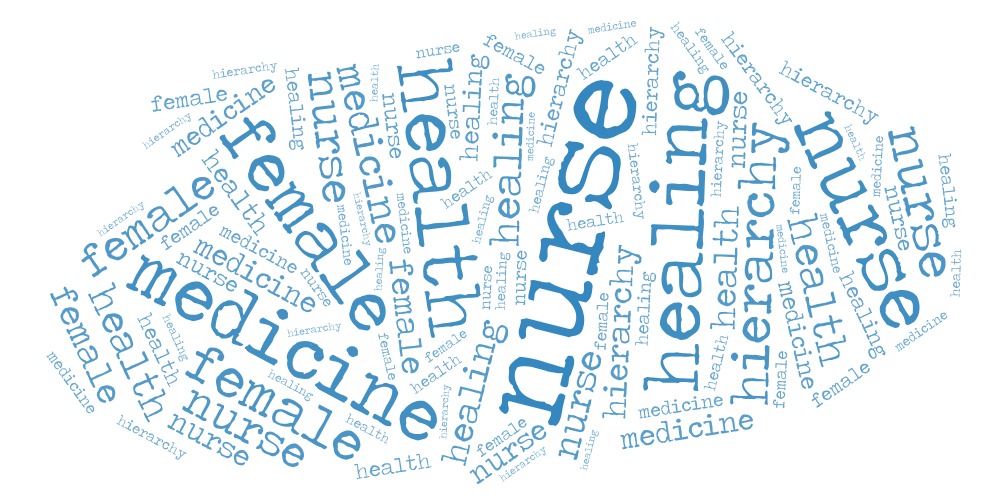 Disclaimer: Dammit Jim, I’m a nurse, not a linguist!
We’ve been arguing over the language of the healing professions for a long time. Providers. Midlevels. Doctors. Physicians. Physician Extenders. Do the semantics matter to the development of the roles? To the patient experience? To the politics and payment?

In a 1951 article from the Medical Library Association, Thelma Charen took on the task of tracing the etymology of the word medicine. According to Charen, the latin roots of medicine are easy to follow, from medicina, to medeor or medicor: to heal or cure. Tracing the root back further to an ancient Indo-European root (MA, MAD —> MED), we land on “to think or reflect, to give care to”. This links medicine to meditate. Over time, language crystalized from the general idea of considered reflection to more specific applications, eventually to specifically caring for the sick. Interesting. Noble. Relatively free from baggage.

What, then, about nurse or nursing? The line is less straight and narrow, and more fraught. Thomas Long takes us through it. Nutrice, latin for wet nurse (and also related to the word nourish), morphed into a more general term for caretaker of children— a female caretaker, specifically. In the medical context, Long notes, nurse first appears in Shakespeare. (I’ll leave aside the meaning as it relates to bees, though that might also be interesting to the sexual politics). So nursing, the profession, is linguistically linked to nursing, the act of feeding the child from the breast. And thus linked also to female-ness. Of course, just tracing the history of a word doesn’t capture its full meanings, but it’s not irrelevant. Not at all. Those of us who practice nursing will tell you that there are persistent biases related to power and gender that plague our profession. The health professions (notably medicine) have been slow to understand nursing as a mature, serious, and independent profession with its own ontology. Nursing’s metaparadigm includes the concepts of person, environment,health, and nursing— note the absence of “disease,” “orders,” “bedpans,” or “hospitals.”

The language isn’t neutral. It’s steeped in meaning and history. And it’s part of our cultural understandings of professional roles. These days, people like to say that health care is a team sport. Some organizations (you can guess) want to append that to say “and a physician is the team captain”. But that’s not always wise— physicians make great captains, in some contexts— but so do nurses, counselors, pharmacists, or physical therapists, in others. It doesn’t need to be a turf war or a hierarchy. Let’s all stick to the roots of our roles, evidenced in the language of medicine: Reflection. Caring. Let’s carry it forward into our professional practice, our praxis, and our teams. Let’s think about our unique bodies of knowledge and our relationships to our patients, and let that guide our teamwork. And let’s be careful, considered, and kind with our language. Do we all have to agree? Of course not! But let’s agree to be willing to listen and reflect.

One thought on “Does the language of health care matter?”